Menu
An Interview with Natasha Ozybko from MOXY

Gement had the opportunity to chat with MOXY co-founder Natasha Ozybko. MOXY is a media platform that works to create inspiring, empowering, and informative content for women working at all levels and in all sectors of infrastructure. They are resisting the typically male-oriented publications that dominate the infrastructure industry’s media output, and are channelling their content in a way that understands women and the challenges they face in a traditionally male-dominated industry. We spoke to Natasha about MOXY, the efforts that the company is making, and her own experience working to support and empower women within the infrastructure industry. 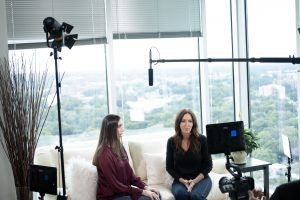 Gement: Hey Natasha, great to have you with us today! Can you tell us a little bit about how MOXY began?

Natasha: My now-business partner, Monica Dutcher, approached me last year with an idea for a publication geared towards women in infrastructure. Monica’s a writer and editor with a strong technical background and was the first editor of a trade publication to devote one issue annually to the women working in that industry. I’ve made a career in sales and marketing, the past 10 years working in infrastructure. I co-founded a successful non-profit for women in the asphalt space and was recognized as a Construction Champion for making infrastructure a more diverse, productive, and welcoming place. Monica and I are both passionate advocates for seeing women reach their full potential, and we recognized there was a void when it came to content that speaks to women who are navigating careers in male-dominated industries like the trades and STEM (Science, Technology, Engineering, and Maths) related fields.

Gement: And how about the name MOXY: The Voice of Women in Infrastructure? Where did that come from?

Natasha: I love the name! “MOXY”. Isn’t it so great? We believe a woman has ‘moxy’ when she has strength, confidence, and integrity to honour her authentic self and affect positive change, be it at her company, her home, or in her community. “The Voice” part has really come to embody what our platform is all about. Women from around the world working in infrastructure are sharing their stories and that creates a wonderful and powerful camaraderie.

Gement: Can you tell us what MOXY as an organization stands for?

Natasha: MOXY follows the American Society of Civil Engineers and focuses on the 17 major infrastructure categories. It’s more than just roads and bridges. It’s waterways to green spaces, alternative energy to broadband. MOXY was created to provide information, inspiration, and encouragement for women in all these sectors of infrastructure. We’re the first publisher to curate multilingual (English, Spanish, and French) content at this scale, empowering all women to have a bigger role in industries that offer rewarding, well-paying careers. In addition to featuring women at the helm of infrastructure projects and initiatives, the platform tackles leadership development, mental health, entrepreneurship, work-life balance, immigration, sexual harassment, and diversity — all as they relate to women who are navigating historically male-dominated interview processes, jobs sites, and boardrooms.

“We’re the first publisher to curate multilingual […] content at this scale, empowering all women to have a bigger role in industries that offer rewarding, well-paying careers.”

Gement: As you’ve gotten to know so many women working in all these sectors of infrastructure, what impact do you see them having?

Natasha: Well, it’s a great time to be a woman working in infrastructure, that’s for sure! It’s been wonderful to get to meet so many incredibly talented women who are running companies and projects and leading initiatives that will literally change the way our infrastructure is funded, designed, and built going forward. They are unabashedly challenging industry norms, demanding equality, and if there’s not a seat at the table for them, they’re building their own table and inviting other ladies to join them!

Gement: What are you most proud of since starting MOXY?

Natasha: Every time I click on our website, it really does give me pause. I’m extraordinarily proud of what we’ve been able to accomplish in such a short amount of time. It’s been a remarkable experience – taking an idea and bringing it to life, and on a global scale, nonetheless. From developing the framework to building the website, creating content, securing partnerships, contributors, and building our online presence. It’s been daunting, overwhelming, exciting, and so, so, incredibly rewarding.

Gement: Where do you see the most impact or benefits made from MOXY?

Natasha: For years, traditional trade publications spoke about women almost as a novelty and that’s where we’re making a change. You’re going to hear from and about women from the c-suite to the field, across all sectors of infrastructure, sharing their knowledge, experiences, and challenges. We know that women do better when they see other women, especially in leadership roles. I know that throughout much of my career, women in senior roles were few and far between- and when you don’t see anyone who looks like you, and especially not in a leadership role or have anyone to turn to for mentoring or support, it adds an extra layer of challenge that our male counterparts simply don’t have to navigate. We hope MOXY will help bridge this gap while we encourage more women to seek careers in infrastructure.

“…throughout much of my career, women in senior roles were few and far between. When you don’t see anyone who looks like you, and especially not in a leadership role or have anyone to turn to for mentoring or support, it adds an extra layer of challenge…”

Gement: What are the future goals for MOXY over the next 5-10 years?

Natasha: We hope that MOXY will be the go-to publication for women working in all levels of infrastructure around the world.

To learn more about MOXY and the great work that they’re doing, including their most recent publications, you can check out their website at www.themoxyvoice.com. You can also follow them on Twitter and Instagram. 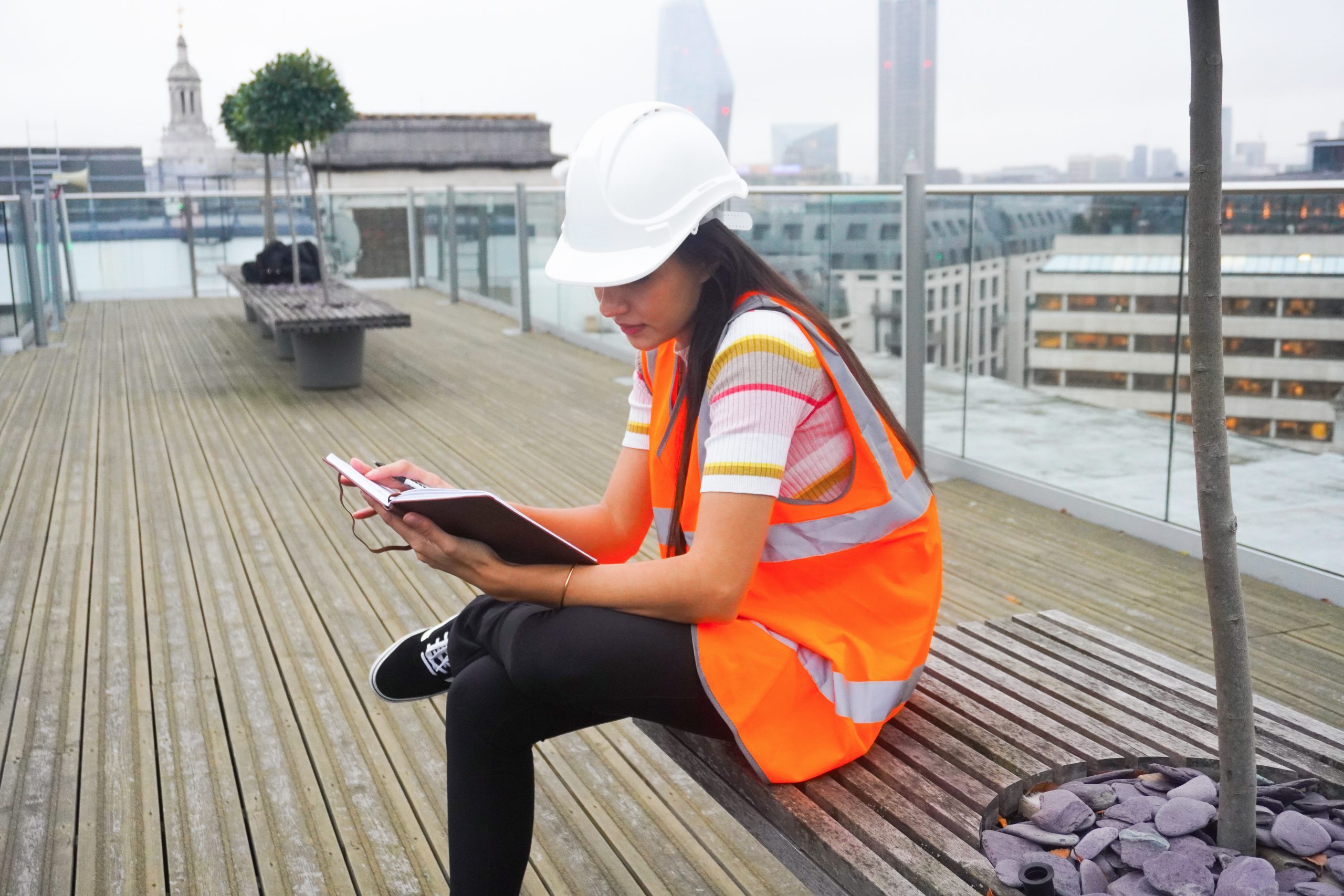 Are you currently hiring new staff, but are doubtful of working with a recruitment agency? ...
Read More 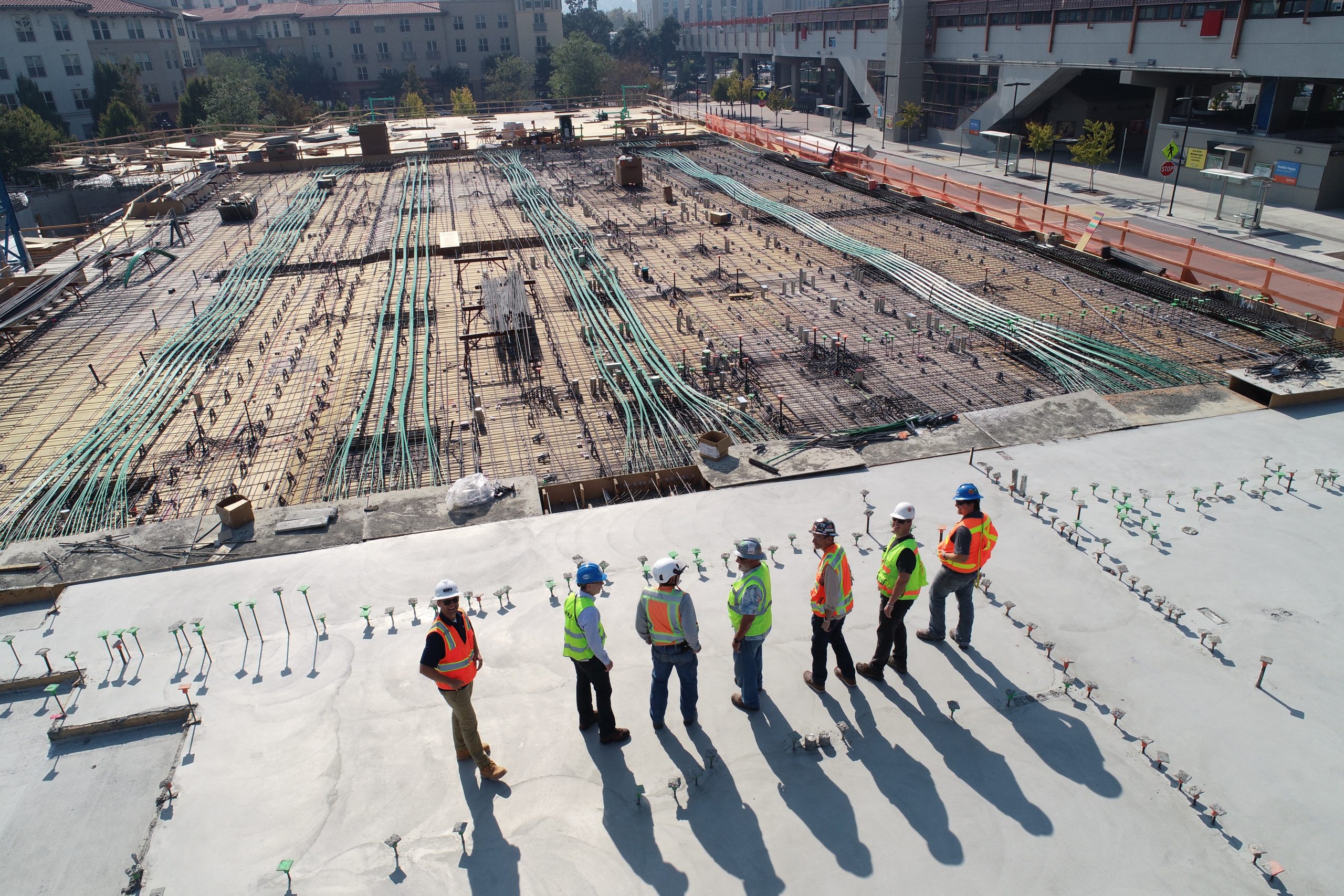 Russia-Ukraine War: How it will Impact Construction

As Russia’s invasion of Ukraine continues to unfold, analysts are predicting.....
Read More 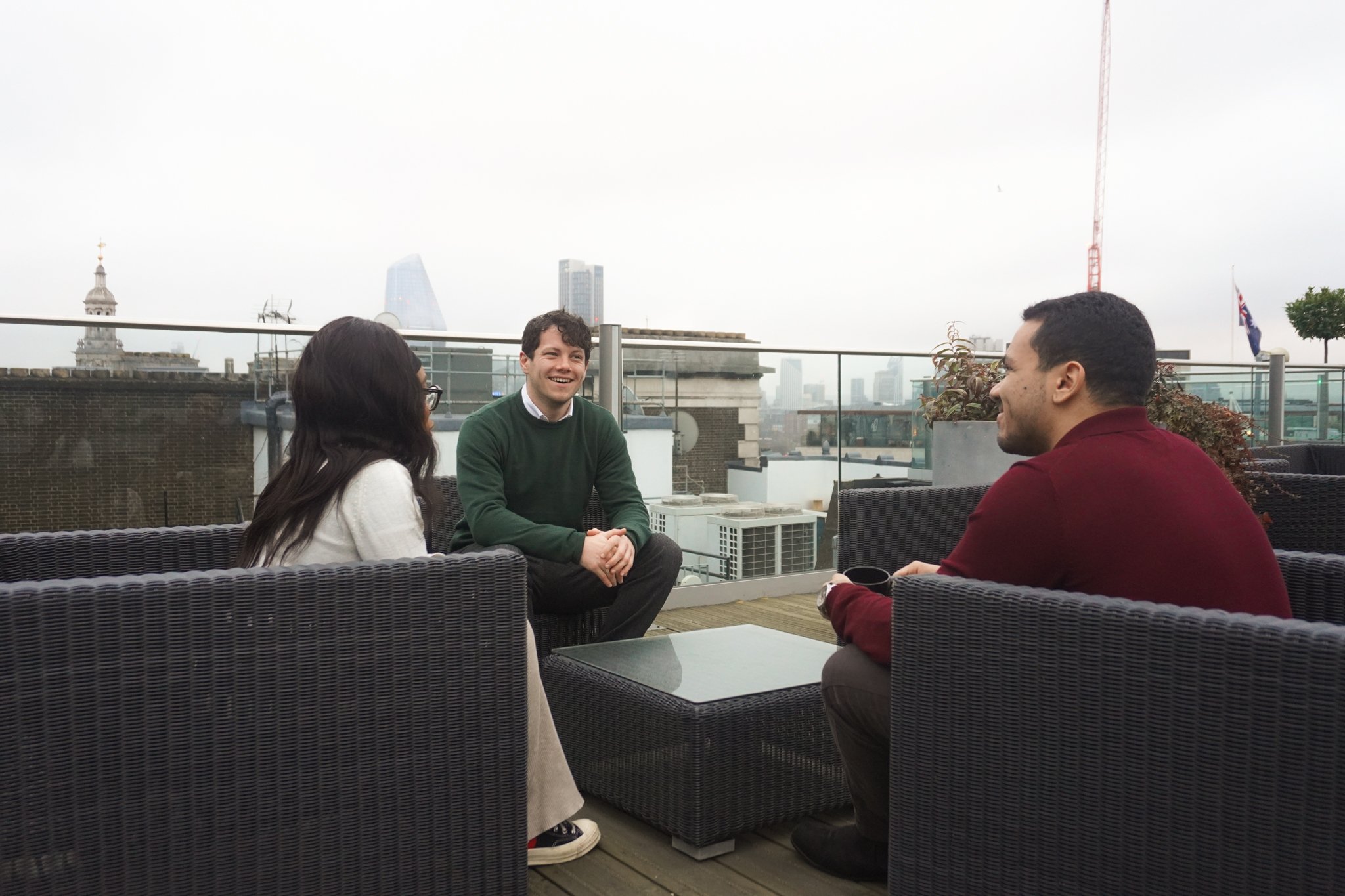 5 Reasons Why You Should Hire Through a Recruitment Agency

Everyone knows how stressful it can be when recruiting for a new hire...
Read More 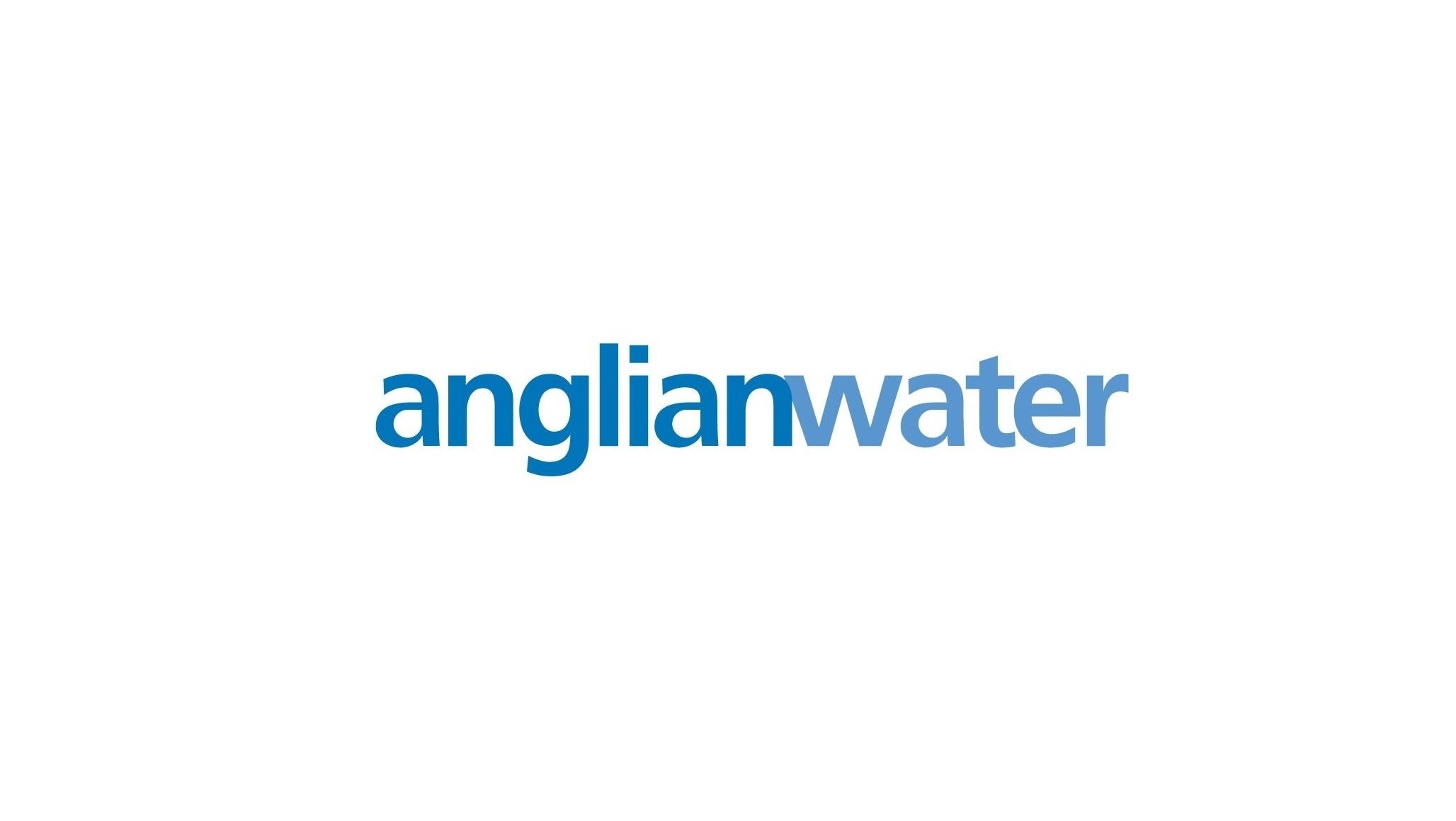 An Interview with Rachel Pulham from Anglian Water

Our Woman in the Field interview series showcases inspiring women each month who work in the field...
Read More

We use cookies on our website to give you the most relevant experience by remembering your preferences and repeat visits. By clicking “Accept”, you consent to the use of all the cookies.
Cookie settingsPrivacy PolicyACCEPT
Manage consent

This website uses cookies to improve your experience while you navigate through the website. Out of these, the cookies that are categorized as necessary are stored on your browser as they are essential for the working of basic functionalities of the website. We also use third-party cookies that help us analyze and understand how you use this website. These cookies will be stored in your browser only with your consent. You also have the option to opt-out of these cookies. But opting out of some of these cookies may affect your browsing experience.
Necessary Always Enabled
Necessary cookies are absolutely essential for the website to function properly. These cookies ensure basic functionalities and security features of the website, anonymously.
Functional
Functional cookies help to perform certain functionalities like sharing the content of the website on social media platforms, collect feedbacks, and other third-party features.
Performance
Performance cookies are used to understand and analyze the key performance indexes of the website which helps in delivering a better user experience for the visitors.
Analytics
Analytical cookies are used to understand how visitors interact with the website. These cookies help provide information on metrics the number of visitors, bounce rate, traffic source, etc.
Advertisement
Advertisement cookies are used to provide visitors with relevant ads and marketing campaigns. These cookies track visitors across websites and collect information to provide customized ads.
Others
Other uncategorized cookies are those that are being analyzed and have not been classified into a category as yet.
SAVE & ACCEPT